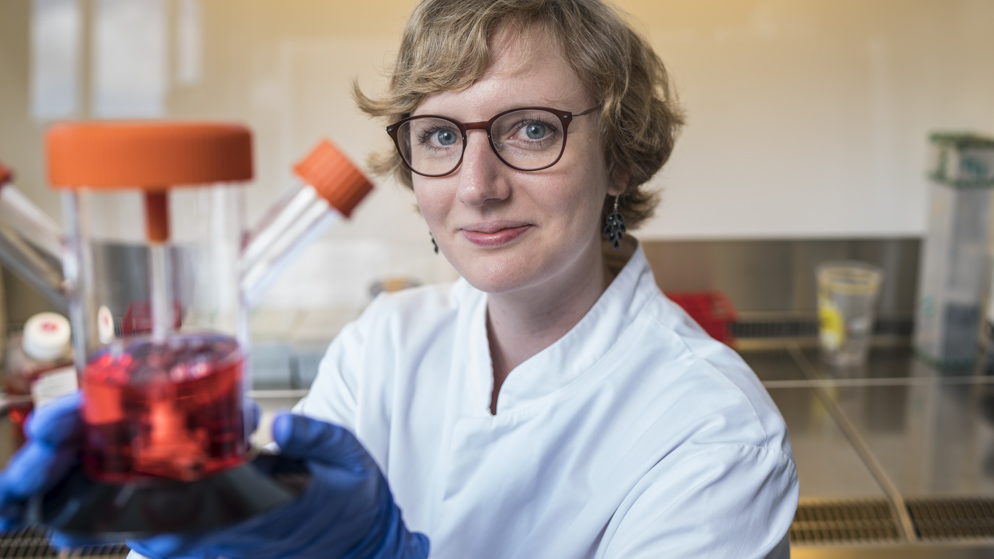 Dr. Kerstin Schneeberger received €20,462 from the foundation for Alternatives for Animal Experiments (Bevordering Alternativen Dierproeven fonds), a sub-foundation of the Jubileumfonds.

Within the liver group, Kerstin and her colleagues recently developed a novel hydrogel as a replacement for Matrigel. Matrigel is prepared from a basement membrane-rich sarcoma, which must be propagated in mice. Since many groups at the Utrecht Science Park and also around the world use Matrigel for organoid culture, the production of Matrigel for organoids results in sacrificing millions of animals worldwide every year. The new hydrogel is completely synthetic (and as such does not require experimental animals for its production), and seems to work as efficiently as Matrigel for the expansion and differentiation of human liver organoids. Kerstin will use the subsidy from the Jubileumfonds to extensively characterize the behavior of the organoids in the synthetic hydrogel, and for optimization of the hydrogel to reduce its costs.