Nose Drops With Stem Cells Against Brain Damage in Newborns

This article has been translated. The original Dutch article can be found here. 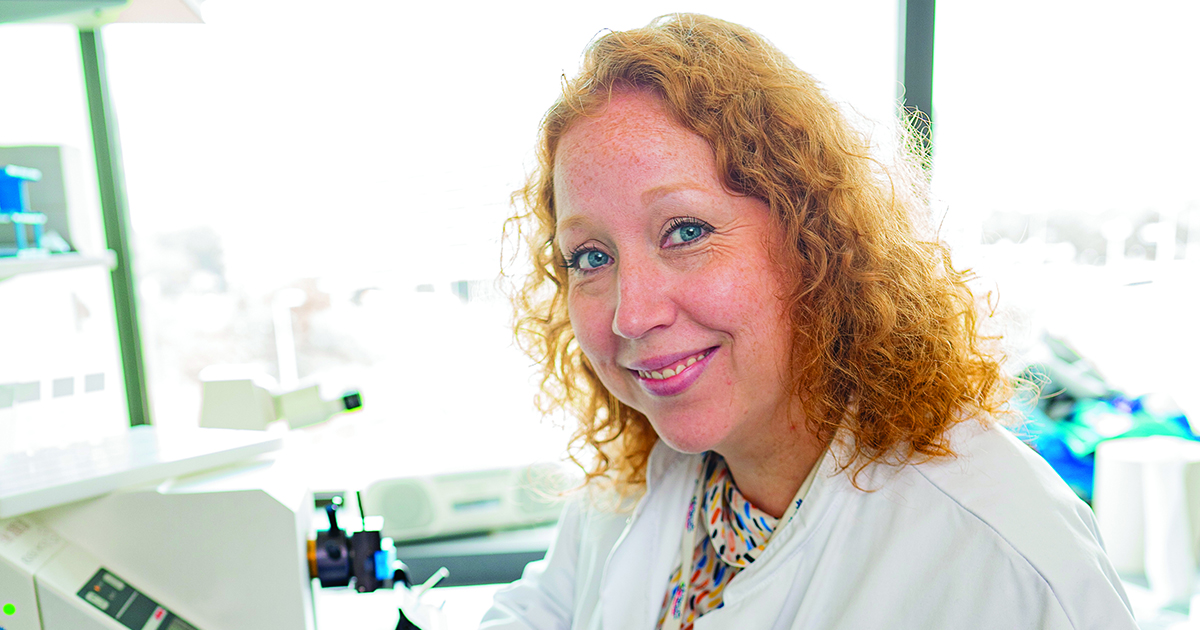 Brain damage can occur in full-term newborns in case of oxygen deficiency or stroke during or shortly after birth. It can also happen to premature babies with an immature brain, where inflammation often plays a role. Cora Nijboer, biomedical researcher at UMC Utrecht: “There are different types of brain damage. In our lab, we have developed various animal and cell culture models, which we can use to simulate brain damage in newborns. There are so many cell types and substances that we can use in our experiments.”

Translation to the clinic

With this ‘jigsaw puzzle’, Nijboer and her colleagues have already gained a lot of basic knowledge that can be applied in the clinic. “We now know that brain cells other than neurons sometimes play an even greater role than neurons themselves. In prematurely born children with brain damage, it is not the neurons that do primarily break down. Instead, the problem are the oligodendrocytes. They are responsible for the layers of fat around the neurons that ensure efficient signal transduction between brain cells.” This kind of knowledge can sometimes be quickly translated to the clinic. And that is good news for the patient, because new therapies are desperately needed. “There is a lot of research into brain damage, but few of them eventually get through to the clinic. Many therapies are aimed at preventing damage early, but in many cases we are too late. We can now do little for those children. That is very poignant.”

“Regenerative medicine can play a role in this clinical need”, says Nijboer. She and her colleagues discovered that stem cells from the bone marrow and the umbilical cord can stimulate the brain to repair. But certainly for a newborn, injections into the brain is often not the best option, thus Nijboer and her colleagues were looking for other routes of administration. “We discovered that we can also administer the stem cells with nasal drops. The substances produced by damaged or inflamed brain cells ‘lure’ the stem cells into the brain.”As a result, the stem cells migrate by themselves to where they are needed. There, they inhibit inflammation and release growth factors, which subsequently stimulate the patient’s own stem cells in the brain to recover. The research is going so well that the first preliminary safety tests with patients can start this summer.

These possible new treatment methods are a major motivation for Nijboer. “In the sixteen years that I have been working in this field of research, we have made a major translation to the clinic. It is fantastic to do this research for patients. These are the youngest patients you can treat and there is so much to gain from them.”