Jeffrey Beekman received the Excellence Award from the ERS 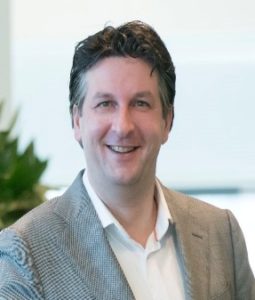 Jeffrey Beekman received on September 12th the Excellence Award from the European Respiratory Society for his research in which he is testing drugs for cystic fibrosis on human mini-guts. To predict the efficacy of drugs for cystic fibrosis (CF) Beekman uses organoids. Researchers of the Hubrecht Institute discovered how to grow organoids from gut stem cells. Beekman discovered a test for CF in these organoids. He collaborates with the Hubrecht Institute and the Netherlands Cystic Fibrosis Foundation (NCFS).
Beekman is grateful for the appreciation. ‘Cystic Fibrosis is a genetic disease that appears in more than two thousand forms, resulting in several protein defects. We want to repair these defects in the cell with drugs and are testing approximately 1500 varieties of drugs at the moment.’

Biobank
In the UMC Utrecht there are hundreds of patient organoids in a biobank. Beekman: ‘Patients do not have to come to the hospital for our research. We use a frozen mini-gut from a patient and can predict, based on the reaction in the tissue of the gut whether or not a specific drug is effective for that patient. If the drug works, the gut organoid will swell within an hour because of fluids entering the tissue.’ Use of organoids gives also a financial benefit according to Beekman: ‘Drugs for CF are very expensive. By using our test it is possible to prevent patients entering trials and taking medicine for a long time that is not working for them’.

Cystic Fibrosis
Cystic Fibrosis is a life threatening disease. The first symptoms often appear quickly after birth. Patients have large quantities of abnormally thick mucus. This often causes lung problems, extreme fatigue, abdominal pains and problems with food digestion. Their condition deteriorates over time. Beekman: ’The sooner you are able to treat patients, the better. If you repair the impaired protein function, you can prevent a lot of problems.’